Terrence G. Quinn, Esq. is President of The TGQ Law Firm and is licensed to practice law by the State Bar of Michigan.  Terrence received his law degree from the University of Michigan Law School.  Prior to his time in law school, Terrence earned his Bachelor of Arts in English from the University of Michigan, Ann Arbor where he was an active member of the Michigan Wolverine football team, including participation as a starter on the 1997 National Championship team.  Clearly representative of the best in students and student athletes, Terrence brings with him a litany of honors and accomplishments, including having been recognized by his hometown City of Flint with “Terrence Quinn Day” and by receiving the Key to the City.

Every year since 2015 Terrence has been recognized by the National Black Attorneys as a Top 100 Black Attorney in Michigan.  Since 2018, Terrence has also been recognized for excellence in Estate Planning Law by the Lawyers of Distinction.  Terrence also serves on the Character and Fitness Committee of the State Bar of Michigan later in the year.  In 2018 and 2019, Terrence was recognized by the American Institute of Legal Counsel as one of the 10 best attorneys for client satisfaction in estate planning (wills and trusts).  In 2019, Terrence was voted Chair of the Real Property and Probate section of the National Bar Association (“NBA”) and was also appointed to the NBA’s Board of Governors.  Terrence was reelected as Chair of the newly-named NBA Real Property, Trusts and Estates section in 2020.  Shortly thereafter, Terrence was also appointed by the State Bar of Michigan to the Executive Committee of the Institute for Continuing Legal Education.  In service to the community, Terrence frequently conducts seminars and workshops before universities, church congregations and other organizations covering Estate Planning (wills and trusts), Probate and Elder Law topics.  In addition, using his personal story of “beating the odds” as a foundation, Terrence speaks in K-12 schools, universities and beyond covering matters of the proper mindset, attitude and efforts necessary to reach your goals in route to your chosen success.

Terrence is currently a member of the Wolverine Bar Association, Vanzetti/Hamilton Bar Association, Ann Arbor/Ypsilanti Chamber of Commerce, while participating in the American Bar Association, National Bar Association, along with numerous charitable organizations in his local community.  In addition, Terrence has served as an ordained pastor in his community since 2007.  He always enjoys spending quality time with his wife Adrienne, and children Titus and Jaida. 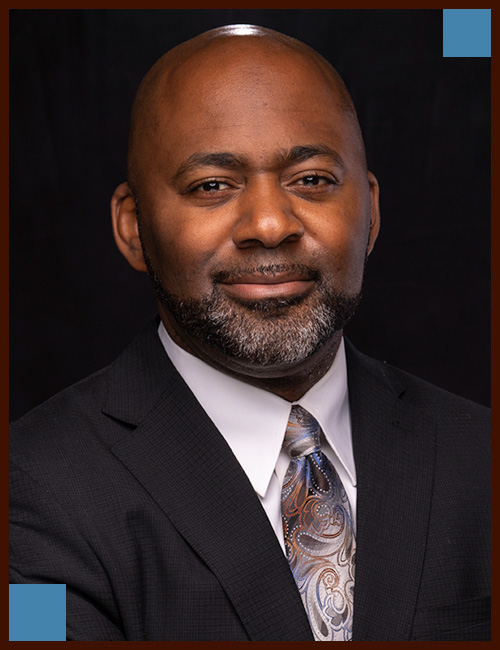